For the VIDEOVADA event I wanted to create video fractal feedback effects.

Video feedback happens when you point a video camera at a screen which is displaying the output from the camera. A smaller image of the screen appears, within which is a smaller image ad infinitum – or to the limits of the video resolution. If you tilt the camera spiral effects are made – which is fun to play around with when combined with the zoom.

Fractal effects can be created by using more than one camera projected onto the screen. Instead of one image of the screen we have 2 images, and with both at different rotations and zooms it can be adjusted to make some proper fireworks, or ferns or sea mollusks. The 2 images are multiplied to 4, 8, 16, each time they are fed through the system – so the number of smaller images rapidly multiplies. 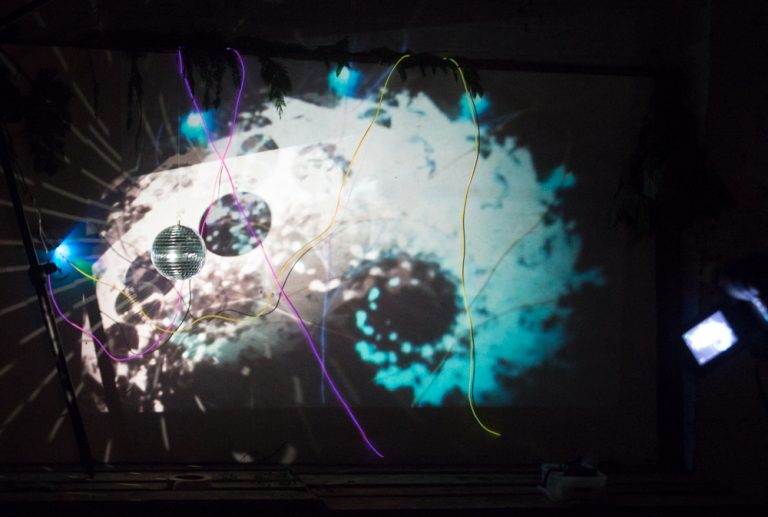 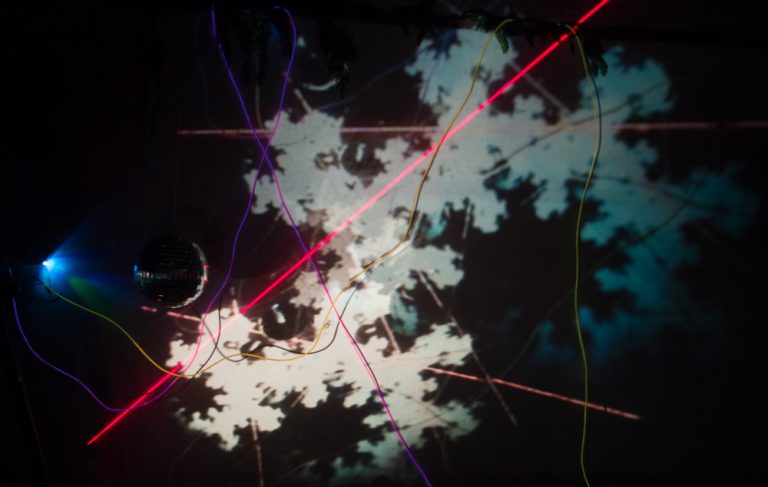 Here are the fractals in motion – I think I’ve created a fractal brain that is probably actually thinking: